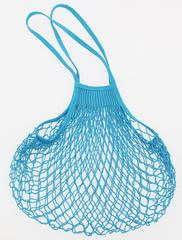 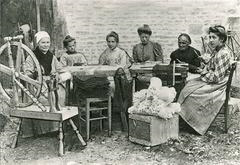 In the 17th century on the Caen plain in Normandy near Mount Saint-Michel, Norman peasants made nets by hand. In 1860 these workers were organized and Filt was formed as a company. In 1944, the company increased mechanization in manufacturing using it’s expertise in working with diverse materials and techniques. Nets for fishing, sports, hammocks, are just some of Filt’s products along with their authentic filet a provisions. These net shopping bags used by many of our grandmothers have made a resurgence in France, but the quality and care with which they are made remain the same.

The french cotton net bag is styled after the fisherman net bags known as filet in France. Made from 100% cotton, the net bag is light and versatile for carrying everything from market groceries to beach essentials

Filt, based in Normandy near Mount Saint-Michel, specializes in knitting and has produced these string bags since1860. They are typical and authentic, the same ones used in France by our grandmothers for marketing and groceries.

These wonderful bags, a classic French design originally made for fisherman, were later adopted for mainstream use as featherweight, flexible totes for everything from groceries to laundry and have been used in France for decades.